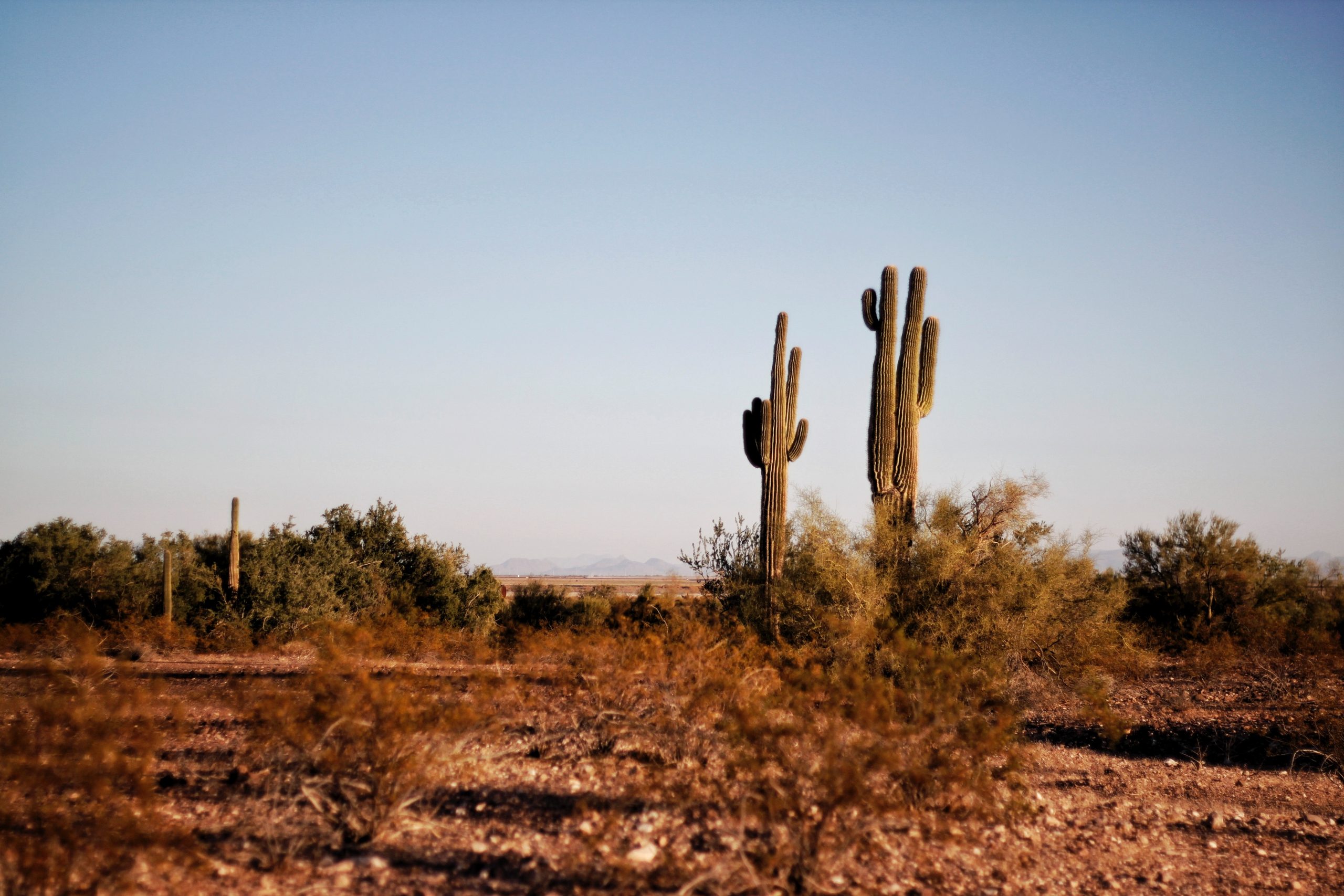 There are a lot of unique charms and benefits in Texas City. Depending on what you’re looking for, there are great options in every one of these cities.

Dallas proper is a great city for those who want a big city feel since it’s the third biggest city in Texas. It’s home to many Fortune 500 companies, and there’s always something to do.

Houston is also an excellent option for those who want a big city feel. It’s home to the fourth-largest metropolitan area in the US.

Austin, which is the capital city, may be the better option if you’re looking for a more laid-back vibe. It’s known for its fantastic music scene and lack of traffic.

It’s a pretty big decision, don’t you think? Should you live in the heart of North Texas, or perhaps Houston? And maybe Austin? Texas is a prominent place, to be sure. With cities like San Antonio and El Paso and countless small cities and towns in-between, where should you go if you want to give Texas a try?

The cost of living in Dallas, Houston, and Austin varies greatly. In general, the living expenses are higher in Houston and Austin than in Dallas. However, there are some exceptions.

The job market in Dallas, Houston, and Austin is constantly fluctuating. The living costs, employment opportunities, and the average salary vary depending on the city. It can be challenging to decide which city is ideal for you.

The education system in Dallas, Houston, and Austin all have their pros and cons. In Dallas, the school district is vast, which can be both good and bad. It is good because there are a lot of schools to choose from, and it is bad because it can be hard to get a good teacher. Houston has a good mix of public and private schools, and the city is very diverse.

There are a lot of different cultures represented in the schools, which is excellent for students. However, the downside to Houston is that the public schools are not as good as in other cities. Austin is known for having the best public schools in Texas. The city is also very progressive, and many schools have innovative programs. 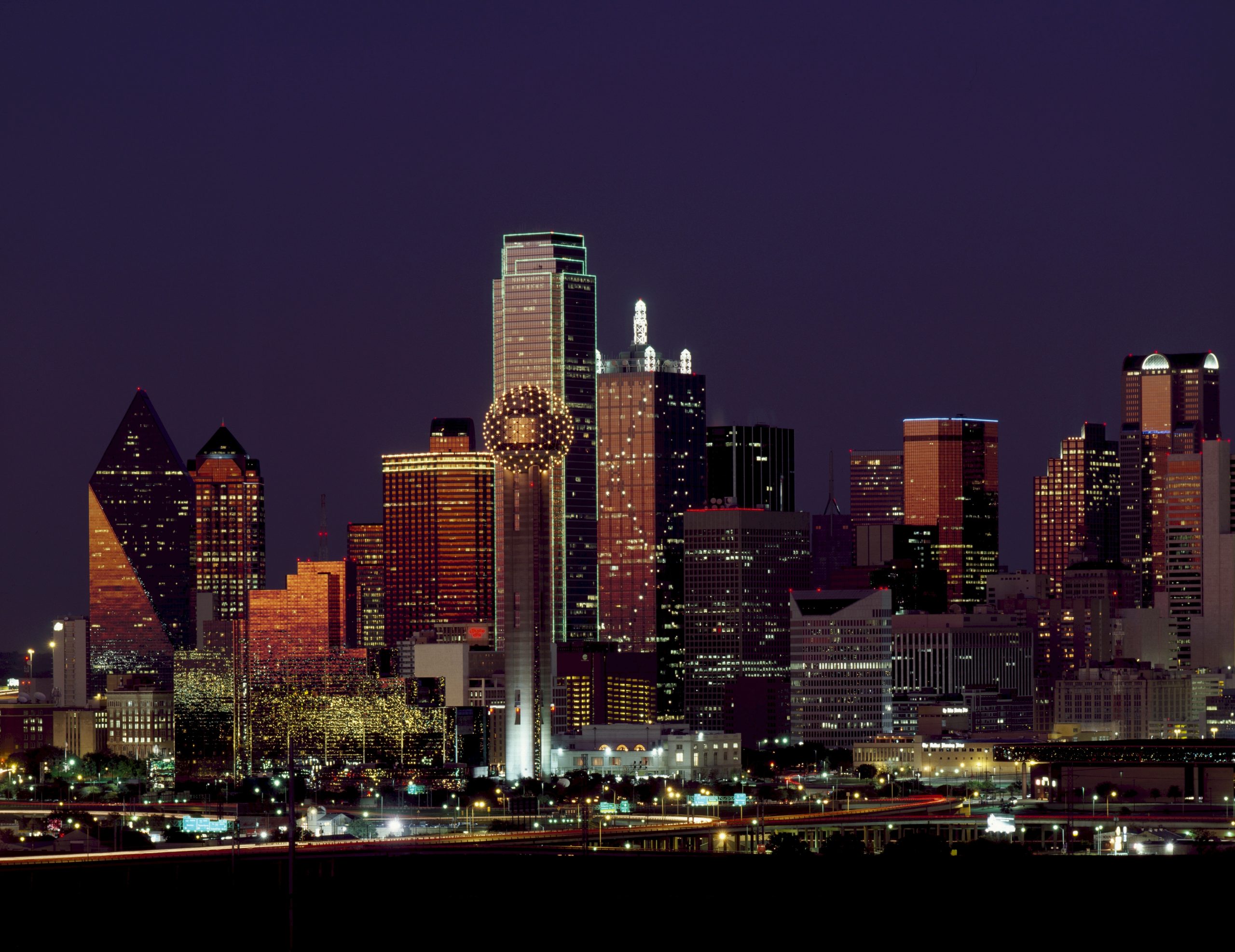 Many factors contribute to the overall quality of life in a city. Some people might prioritize job opportunities, while others might place more importance on affordable housing costs, access to healthcare, or recreational activities.

The Dallas neighborhood has the sense of an endless suburb with many smaller communities, but Houston has a higher population density and a more diverse range of neighborhoods. Dallas has strict zoning restrictions, which contribute to the city’s cleanliness but may be problematic at times. On the other hand, Houston’s zoning laws are very liberal and geared toward laissez-faire.

In general, all of Texas’s best cities are considered desirable places to live. They all offer a wide range of job and business opportunities and plenty of cultural and recreational activities. Housing prices vary significantly from city to city, with Austin being the most expensive and Houston being the most affordable. Healthcare is widely available in all three cities, although the quality of care can vary.

When it comes to the overall quality of life, there is no clear winner. It really depends on the individual’s personal preference.

The climates of Dallas, Houston, and Austin are all very different. One of the most apparent differences is the amount of rainfall each city receives. Austin gets the most rain out of the three, with Houston in the middle and Dallas receiving the least.

Another significant difference is the temperature. Austin is a bit warmer than the other two cities, with Houston being a bit cooler and Dallas being the warmest. Finally, the humidity levels vary greatly as well. The Houston area and Austin have similar humidity levels, while Dallas is much drier, especially during hot summers. Dallas summer temperatures can reach 36° C.

The nightlife and entertainment scenes in Dallas, Houston, and Austin are all very different. In downtown Dallas, there are a lot of bars and clubs that cater to the young, professional crowd. The music scene is also modern, with a lot of live venues showcasing up-and-coming talent.

Unlike Dallas, Houston is a bit more diverse. There are some trendy areas with high-end clubs and bars and a strong Latin influence in the nightlife. You can also find a lot of dive bars and country music clubs if that’s your thing.

Austin is known for its eclectic mix of venues and for being the live music capital of the world. From trendy rooftop bars to honky-tonks, there’s something for everyone in Austin. The music scene is also incredibly vibrant, with tons of live shows every night of the week.

Houston is the largest city in Texas, and as such, it faces unique challenges when it comes to keeping residents safe. The city has a high low crime rate, and its infrastructure cannot always keep up with the population growth. However, the Houston area also has a large police force, which helps to keep crime rates down.

Dallas is the second-largest city in Texas, and it has a lower crime rate than Houston. However, the city has experienced a recent spike in crime, which has residents concerned. Dallas also has a well-funded police force. Unfortunately, it is home to several major corporations that make it a target for criminals.

Austin is the third-largest city in Texas, and it is considered one of the safest cities in the state. The city has a low crime rate, and its police force is well-funded and heavily staffed. Austin also enjoys a high quality of life, making it a desirable place to live. 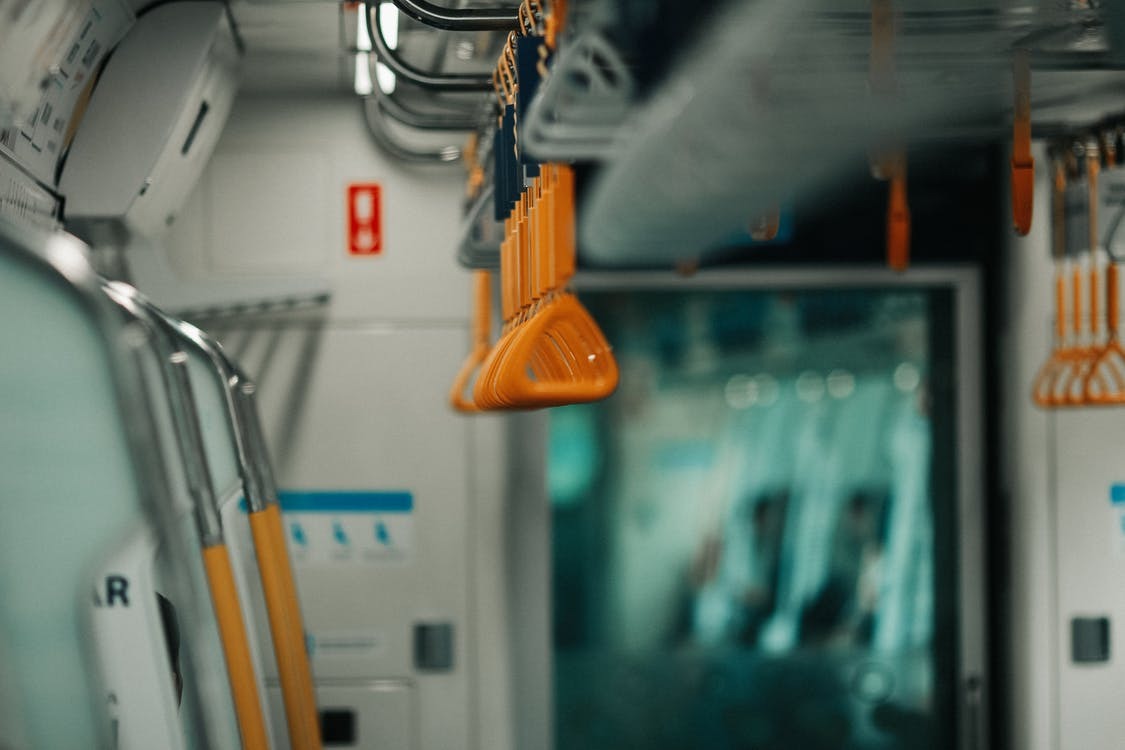 The transportation infrastructure in Dallas, Houston, and Austin are very different from each other.

In Dallas, there is a heavy reliance on cars. The city has an extensive freeway system, and the public transportation options are limited. The DART (Dallas Area Rapid Transit) light rail system is famous, but it only covers a small portion of the city. It mostly serves the Dallas–Fort Worth metroplex.

Houston is much more spread out, unlike Dallas. The city has an enormous freeway system, and the public transportation options are vast. The METRO Rail system is widespread, and it covers a large portion of the town. However, the Houston traffic congestion rates are very high. But Houston’s city government is doing their best to solve this traffic problem.

Houston, Dallas, and Austin are all major metropolitan cities in Texas. Each has its own unique culture and cuisine. Let’s compare some of the most popular foods and delicacies in each city:

Which City Is The Best To Live In Texas

Texas is a very big state. In fact, it’s the second biggest by both area and population in the contiguous United States. That means there is a lot of variety across Texas’ 254 counties.

Choosing between Dallas vs Houston vs Austin, it can be difficult to decide which city is best for you.

If you’re planning on moving to Texas and are wondering where to start looking for a home, here are some factors to consider about each of the three biggest cities in the Lone Star State.

There are many factors to consider when deciding which city is the best to live in overall, Houston vs Dallas. Some people may prefer a big city with more job and entertainment options, while others may prefer a smaller city with a slower pace of life.

Dallas and Houston are both large cities in Texas. Houston is the fourth-largest city in the United States, and Dallas is the ninth-largest. Both cities have a lot to offer in terms of jobs and entertainment. They are also both relatively affordable cities to live in.

Houston’s city government appears to function rather effectively on the whole. Although Dallas city politics is rather problematic, it is quite simple to find a neighborhood in the Dallas Fort Worth metroplex that matches your requirements and requires little reason travel outside.

There are pros and cons to living in both Dallas and Houston. Houston has a humid subtropical climate, which can be uncomfortable for some people. Dallas has a more temperate climate, with less humidity. Houston is also more expensive to live in than Dallas. 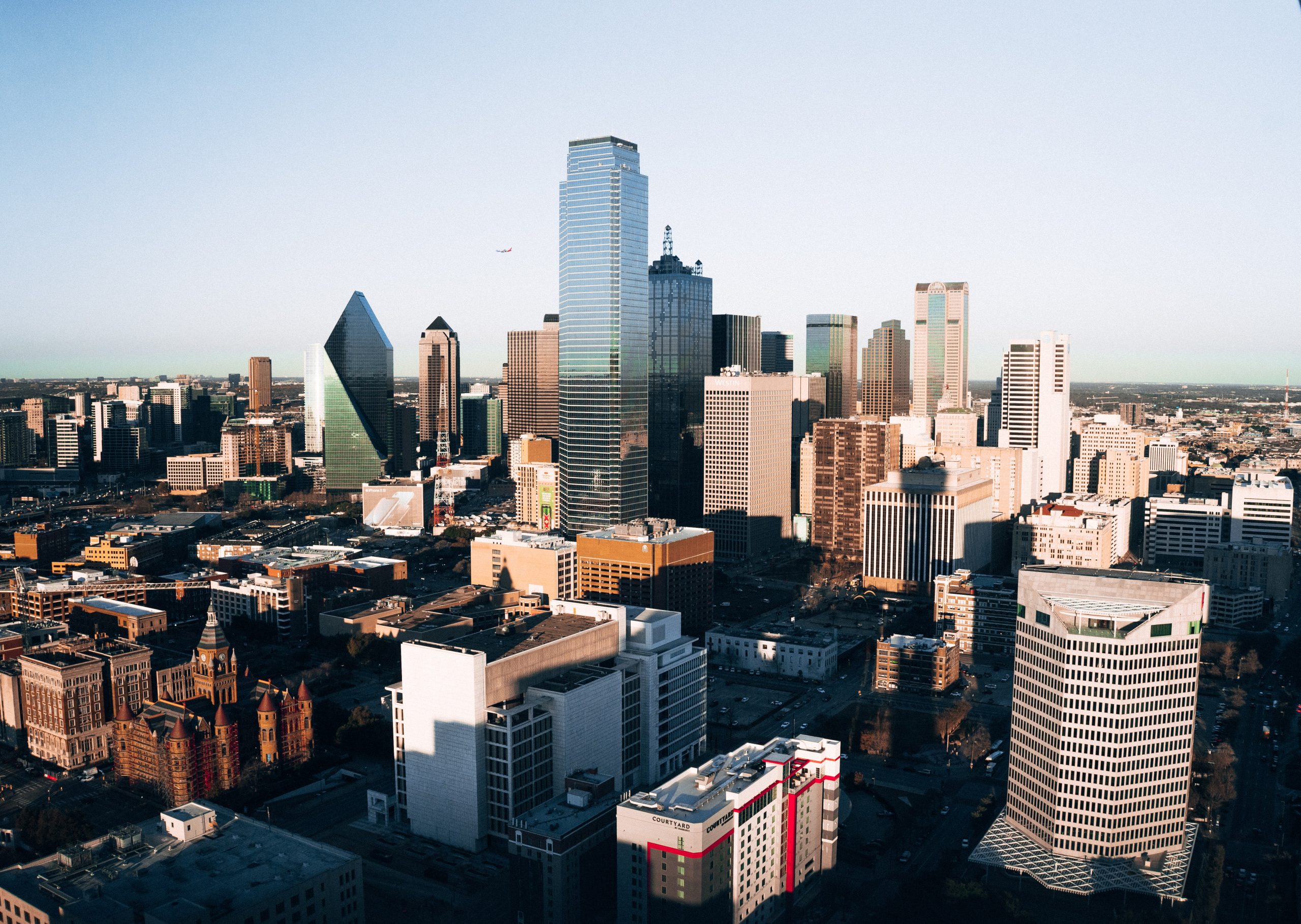 When it comes to comparing Dallas vs Austin, there are pros and cons to both cities. Dallas is a larger city with more to do, while Austin is smaller and has a more relaxed feel. Some people might prefer the hustle and bustle of Dallas, while others might find it too crowded and noisy. Austin is known for its music scene, while Dallas has a strong business presence.

Ultimately, it depends on what is essential to each person. Some people may prefer the energy of Dallas, while others may prefer the relaxed pace of Austin.

In the end, each city must be evaluated on its own merits. Different people will have different preferences, but it seems clear that all three cities offer a great deal for residents to enjoy. However, that’s not to say that any of these cities are perfect.

No place is without its flaws, and as much as we love where we live, we recognize that they’re here. And unfortunately, no one answer can determine what city is best in this instance.

If you’re in the market to purchase or sell a house in Texas, give us a call. Our team of professionals can assist you in locating your new dream house at the most competitive price.