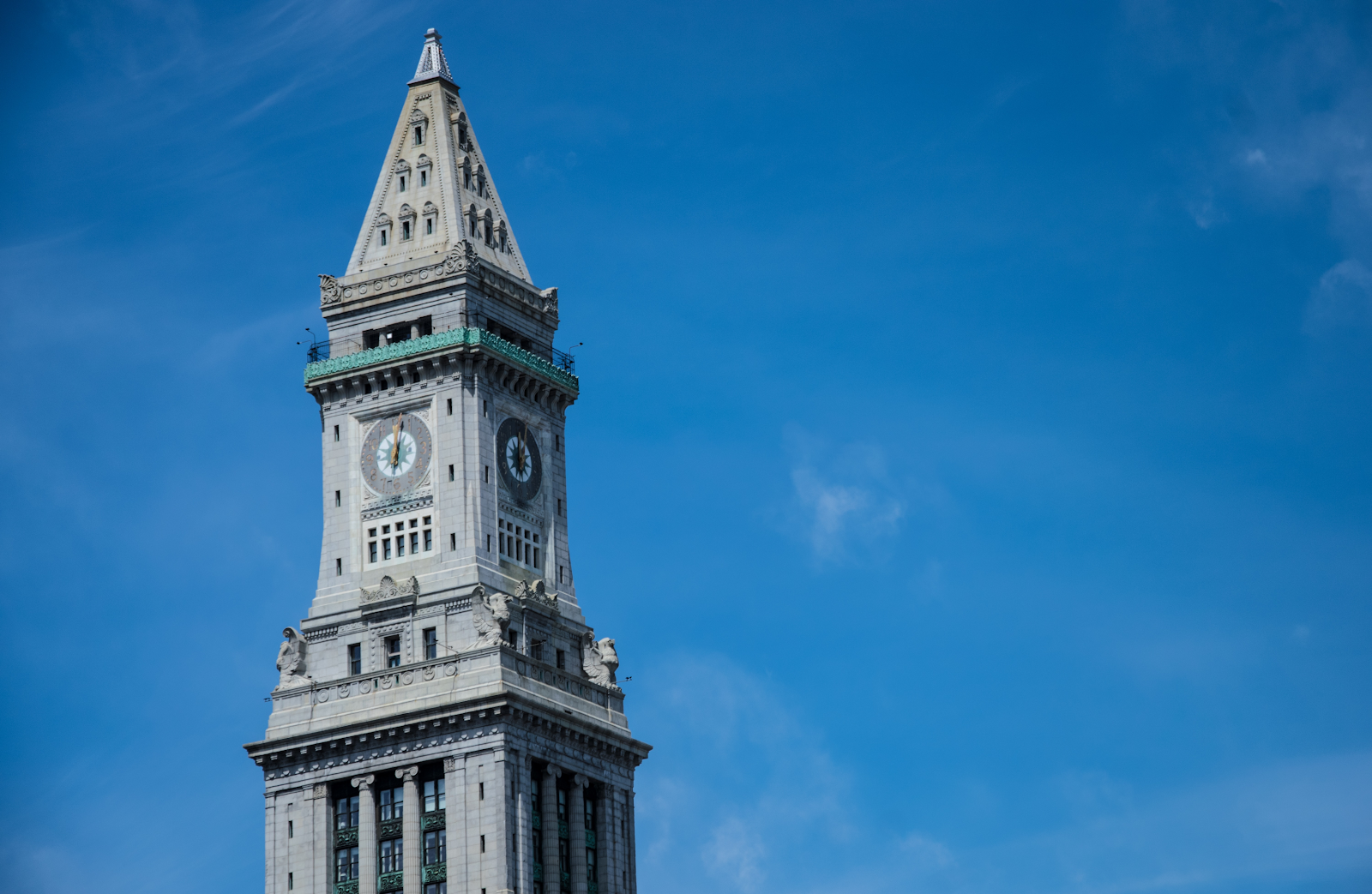 Boston is a city with a rich history and culture, and as such, it is home to many famous people. From athletes to actors to politicians, Boston has produced some of the best and brightest in the world. If you’re from this city, it’s likely that you know at least a few of these accomplished individuals who have called it home. If you’re not from Boston, you may be surprised by how many well-known people have come from this small city.

Let’s take a look at some of the most famous people from Boston. Whether you’re a fan of sports, inventions, politics, or entertainment, there’s sure to be someone on this list that you know. And if you’re considering buying a home in this wonderful city, learning about these notable residents is sure to give you an appreciation for its rich heritage. 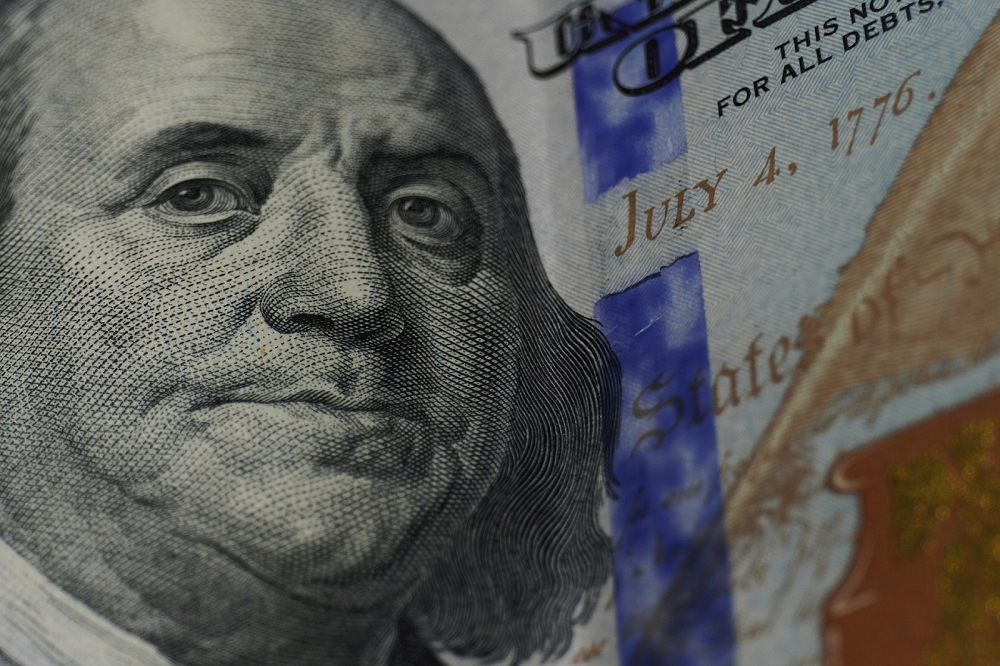 Benjamin Franklin is known as one of the founding fathers of the United States, and his contributions to both politics and science are still highly respected today. In addition to his famous experiments with electricity, Franklin was also a skilled diplomat and helped to draft both the Declaration of Independence and the Constitution. His impact on American history is undeniable, and he is widely regarded as one of the most influential figures in American history.

Perhaps no writer is more synonymous with Boston than Edgar Allan Poe. Born in 1809, Poe was a leading figure of the Romantic Movement in the United States. His works are known for their dark and often mysterious themes, and his poetry is still widely read and studied today. Poe’s life was marked by tragedy, and he died at the age of 40 under suspicious circumstances. Despite this, Poe’s literary legacy has endured, and he is now widely regarded as one of the most important writers of his time. For many, Poe is the quintessential Bostonian writer, and his importance to the city’s literary heritage cannot be overstated.

One of the most famous people from Boston is Ralph Waldo Emerson. He is best known for his essay “Nature” and his speech “The American Scholar.” Emerson was born in Boston in 1803 and spent most of his life there. He was a key figure in the Transcendentalist movement and his ideas had a major influence on American literature and philosophy. Emerson was also an important advocate for social reform and he played a role in the abolitionist and women’s rights movements. Today, his essays and speeches are still widely read and studied, and he is considered one of the most important thinkers in American history.

Celebrities That Live in Boston 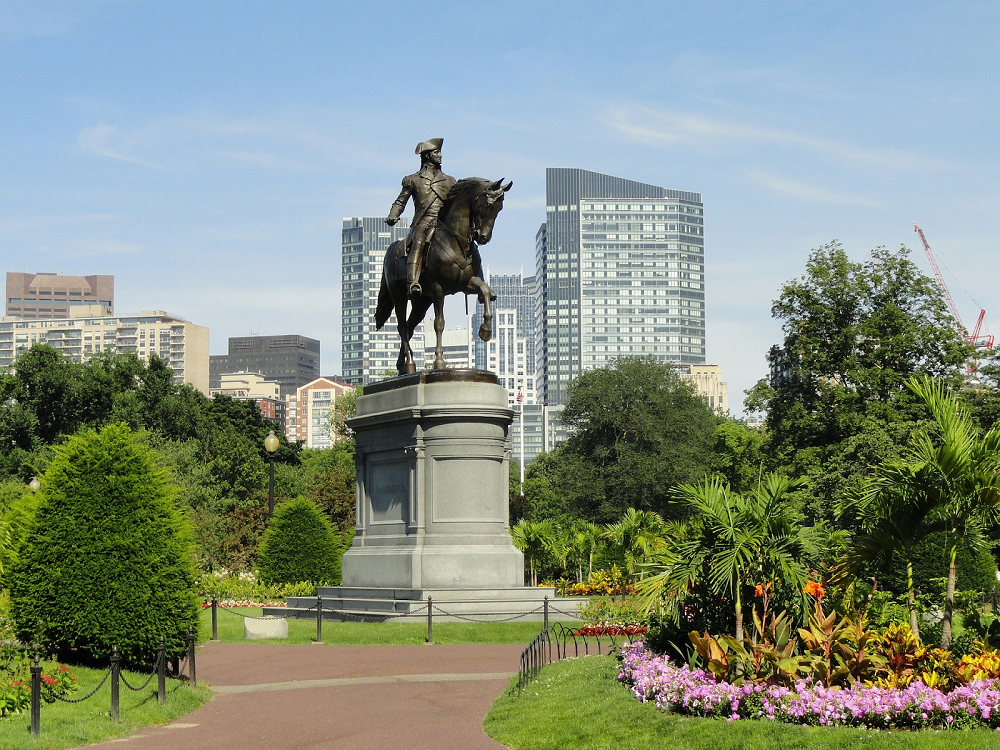 Although it is often overshadowed by New York and Los Angeles, Boston is home to a number of celebrities. Here are some of the most famous Boston celebrities.

Best known for his roles in films like ‘The Departed’, ‘The Fighter’ and ‘Italian Job’, Wahlberg has made a name for himself as a Hollywood actor. However, he is also well-known for his philanthropic work, and he is a strong advocate for various charities. In addition to his acting career, Wahlberg also has a successful music career, and he is the owner of a number of businesses.

Born and raised in Boston, Evans is best known for his role as Captain America in the Marvel Cinematic Universe, but he has also appeared in films like Knives Out and The Guardians of the Galaxy. In addition to his work in front of the camera, the American actor is also an accomplished director, having helmed several episodes of the TV series Defying Gravity.

In recent years, Evans has become more involved in philanthropy, working with charities such as The Elizabeth Glaser Pediatric AIDS Foundation and NEXT for AUTISM. When he’s not working, Evans can often be found cheering on the Boston Red Sox at Fenway Park. 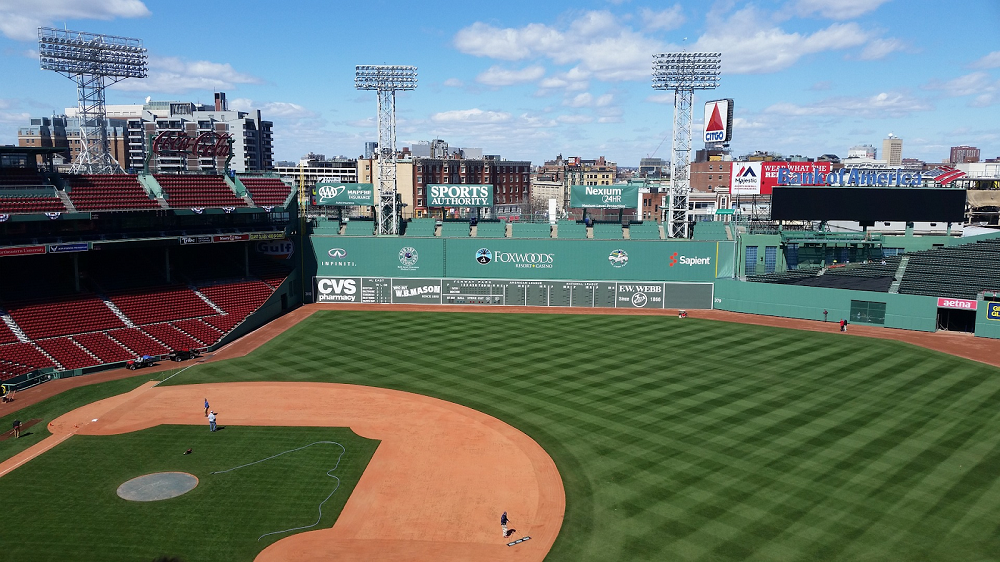 Known for her roles in Pulp Fiction and Kill Bill: Volume 1 & 2 films, Uma Thurman is one of the recognized celebrities that live in Boston. Thurman began her acting career as a child model before she made her film debut in the 1988 movie ‘Johnny Be Good’. She went on to star in a number of popular movies including ‘Batman & Robin’, ‘Gattaca’ and ‘The Golden Bowl’. In 2004, she won a Golden Globe Award for Best Actress for her performance in the film ‘Kill Bill: Volume 2’. Thurman has also starred on Broadway and released an album of pop songs.

Maria Menounos is one of the celebrities who live in Boston. She is a Media Personality, Miss Massachusetts Teen USA, and has hosted Extra and E! News. She was also a TV correspondent for Today and Access Hollywood. She currently hosts her own online show. In addition to her work in front of the camera, Menounos is also an author and entrepreneur. She has written New York Times bestselling books and launched her own lifestyle website. 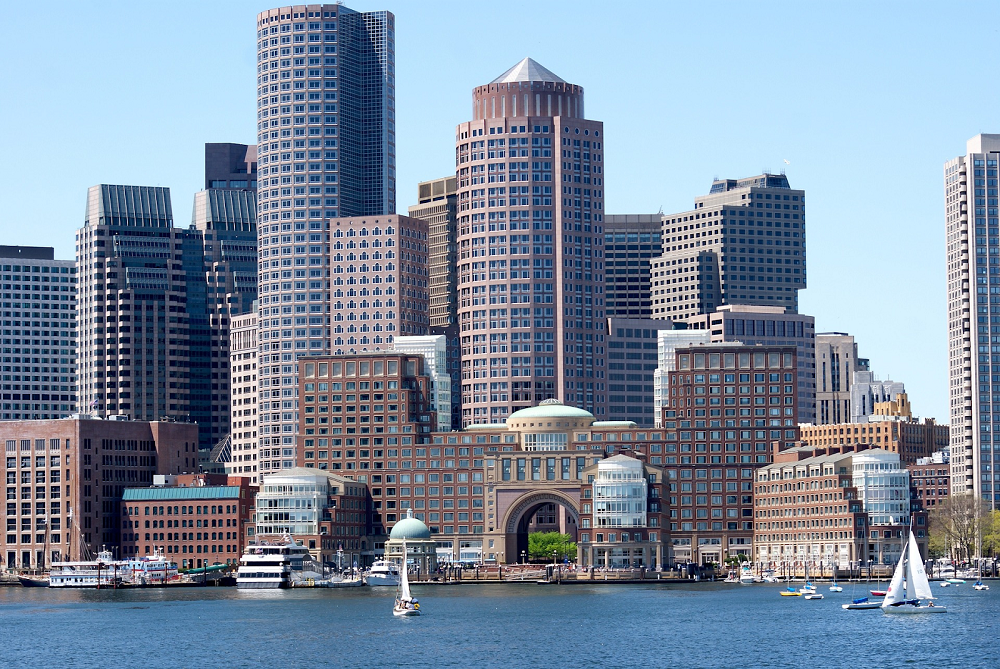 As the frontman of Aerosmith, Steven Tyler is one of the most recognizable celebrities in Boston. The rock band has been making music for over 50 years, and they show no signs of slowing down any time soon. In addition to his work with Aerosmith, Tyler has also pursued a solo career and has appeared as a judge on American Idol. While he was born in New York, Tyler has called Boston home for many years. He is just one of the many celebrities that live in Boston.

Matt Damon is one of the famous people who live in Boston. He was born in Cambridge, Massachusetts, on October 8, 1970, and attended Harvard University. After graduating, he pursued an acting career in Los Angeles. Damon has starred in many successful movies, including the “Bourne” franchise and “The Martian.” In addition to his acting career, Damon is also a screenwriter and producer who has won multiple Golden Globe Awards for his work, including an Academy Award for Best Original Screenplay for “Good Will Hunting.” In recent years, Damon has also been active in political and social causes. He is a vocal advocate for education reform and environmental protection. Damon currently resides in Boston with his wife and three children.

James Taylor is a musician who was born in Boston, Massachusetts. He is a singer-songwriter and guitarist who has released multiple albums and singles over his decades-long career. With more than 100 million records sold worldwide, he is one of the world’s best-selling musicians. In addition to his musical success, James Taylor is also known for his political activism. He has been an outspoken advocate for numerous causes, including environmentalism, civil rights, and gun control. Recognizing his contributions to the music industry, he was inducted into the Rock and Roll Hall of Fame in 2000.

John Malkovich is an Academy Award-nominated actor who has appeared in a wide range of films, from mainstream hits like “In the Line of Fire” to art-house classics like “Dangerous Liaisons” and “The Godfather: Part II.” 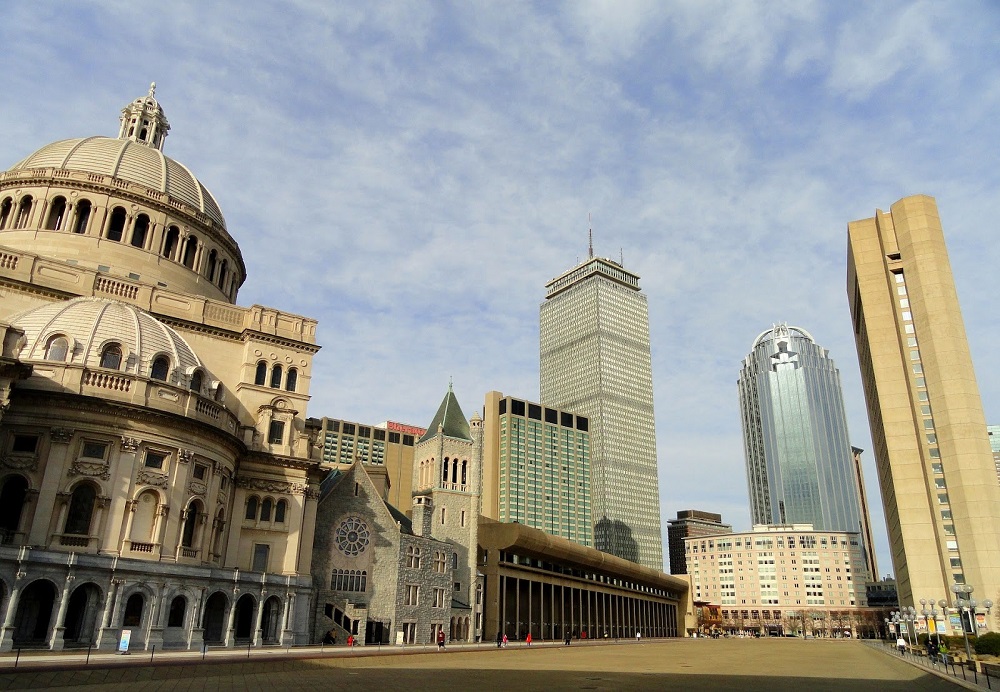 Ben Affleck is an Academy Award-winning actor and director who first gained fame for his work in films like “Good Will Hunting” and “Pearl Harbor.” He has since gone on to star in and direct a number of successful films, including “The Town” and “Argo.” In addition to his work in film, Affleck is also actively involved in politics and philanthropy.

Steve Carell was born and raised in the Boston suburb of Acton. Carell began his career as a comedian, working at various clubs around the city. He eventually caught the attention of Hollywood producers and went on to star in such hit films as The 40-Year-Old Virgin and The Office. Today, Carell remains active in the Boston filmmaking community and has even directed several movies that were shot in the city. In addition to his work in front of and behind the camera, Carell is also a devoted philanthropist, lending his time and resources to a number of charitable causes.

Thanks to its rich history and vibrant cultural scene, Boston continues to attract celebrities from all over the world. Their prominence has made Boston a destination for the rich and famous. And while celebrity sightings may be a common occurrence in Boston, it’s still exciting to catch a glimpse of your favorite star. So the next time you’re out and about in Beantown, keep your eyes peeled—you never know who you might see. And If you’re thinking about moving to Boston or buying a property in the city, consult our property experts for up-to-date information on the real estate market.