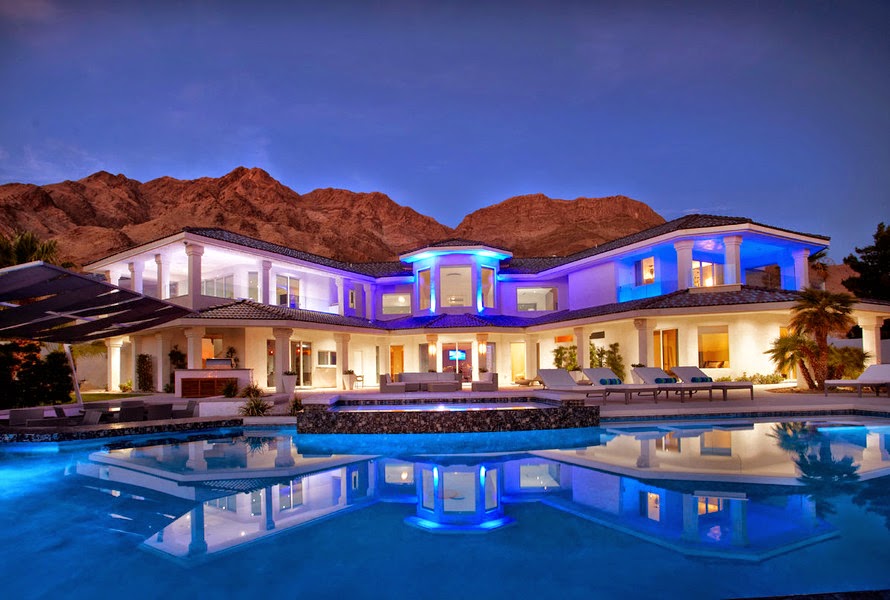 Known for its casinos and entertainment, Las Vegas is a destination spot for many people within the United States. The city has grown tremendously in recent years to become one of the largest cities in Nevada. Home to over two million residents, Las Vegas is also home to some of the most luxurious homes in the country.

Las Vegas was founded by Mormon settlers on May 15th, 1905 when 110 acres were auctioned off near what would later be named Glitter Gulch due to all of the gold found there at that time.  The city has since boomed and is now the largest metropolitan area in Nevada.

The median price for a home in Las Vegas is just over $220,000. However, the cost of living in Las Vegas is higher than the national average. Despite this, many people are still drawn to the city because of its entertainment and job opportunities.

If you are looking for a luxurious home in an exciting city, Las Vegas should be at the top of your list. With a wide variety of homes to choose from, including condos, apartments, and single-family homes, there is something for everyone in this vibrant city.

The city of Las Vegas is divided into several regions, each with its own unique features and amenities. Here are a few of the most popular areas in which to purchase a home.

– Henderson: Henderson is located in southeast Nevada and is one of the most populous cities in the state. It offers plenty of shopping, dining, and entertainment options, as well as a wide variety of homes to choose from.

– Summerlin: Summerlin is a large master-planned community in the western part of the Las Vegas valley. It’s climate is more moderate than that of the rest of the city, with plenty to see and do year round.

– Central Las Vegas: The downtown area boasts an abundance of beautiful homes in a great location very close to all amenities. Its charming historic buildings are popular with older generations looking for something different from what they’re used to.

– Southwest Las Vegas: This region is popular with people who want to be close to the Strip but don’t want to live right in the middle of all the hustle and bustle. It offers a wide variety of housing options, from apartments and condos to luxurious mansions.

So there you have it! These are some of the most popular regions in which to purchase a home in Las Vegas. No matter what your budget or lifestyle is, there’s sure to be an area that’s just right for you.