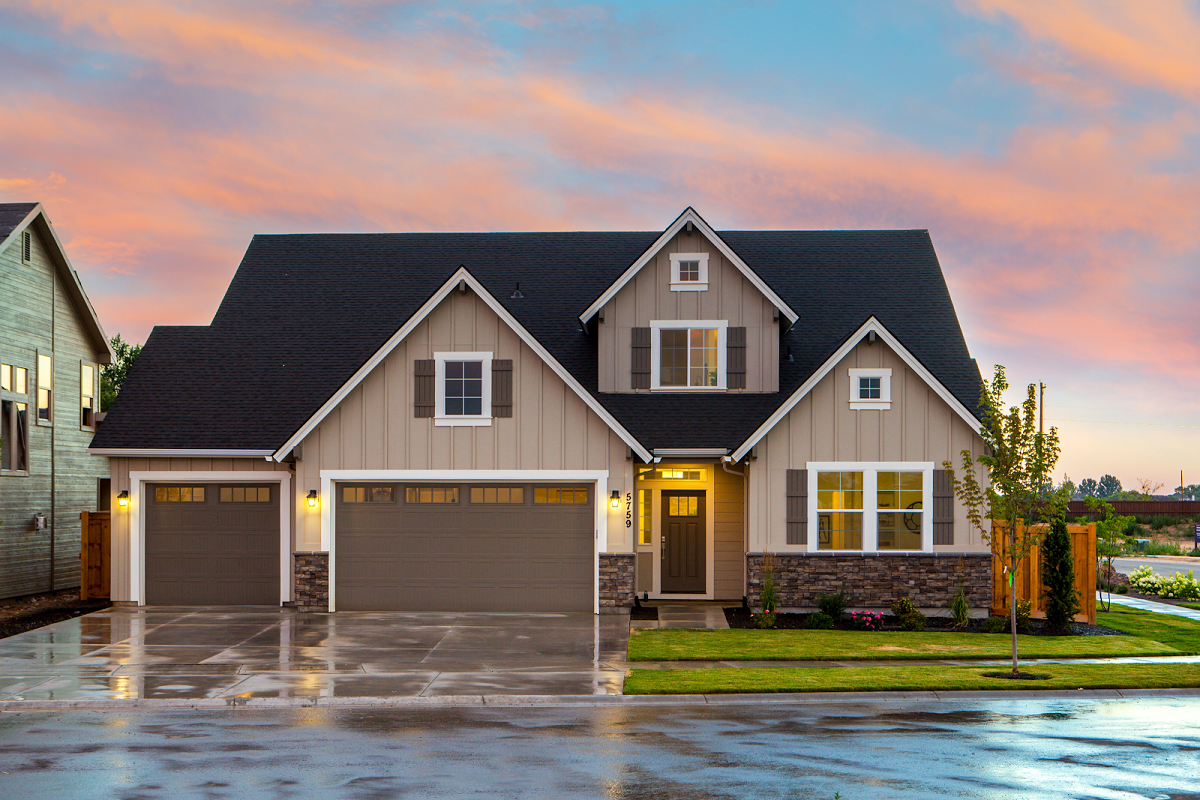 Carriage houses are making a comeback!

Thanks to period drama pieces like Downton Abbey and Bridgerton, anything reminiscent of 18th century England has become chic in the 21st-century world. From fashion and style to houses and interior design, things from the 1800s are hot! A case in point is the rising popularity of 1800 house-inspired.

The carriage house—or as some call it carriage homes or coach houses—is not just a passing fancy. It has stood the test of time and the fact that these structures are still around only proves it is definitely here to stay. So what is a carriage house and what makes it unique and special?

What is a carriage house?

Once reserved for the wealthy and elite, carriage houses were, essentially, the garages of the time. It is where the carriages, buggies, and sloops were parked when not being used by members of the household. Depending on how many carriages and the like the owners have, these structures vary in the number of floors and the actual floor space.

Nowadays, carriage houses of all shapes and sizes are being coveted by homeowners of all income levels. And for good reason! These structures are functional, beautiful, and versatile. Plus, they offer a ton of extra storage space!

Some people prefer the simplicity and elegance of traditional carriage houses, while others appreciate the more modern designs. No matter what your preference is, there’s sure to be a carriage house that suits you perfectly.

Anything from the 18th century is currently in style. So if you want to live within a structure that exudes both elegance and functionality, a carriage house is the way to do it! With their high ceilings and intricate details, these structures share a unique charm that is sure to delight any visitor.  They typically feature large windows, which give them a bright and airy feel. They also often have balconies or decks, which provide stunning views of the surrounding countryside.

In addition to the extra storage space they offer, many of these carriage houses come with areas you can convert into a small garage or turn into your workshop where you could do your hobbies or create your customized workspace so you can work from home.

Modern-day carriage houses have retained design elements that are uniquely their own. What was once a place where horse-drawn carriages were kept and stable equipment was stored can now be called your home to be used as befitting your needs. It can be your home or, if it will be built detached from your current abode or the property you bought has it, then it could be used as a guest house.

Here are some of the common interior features of carriage houses:

The Different Types of Carriage Houses 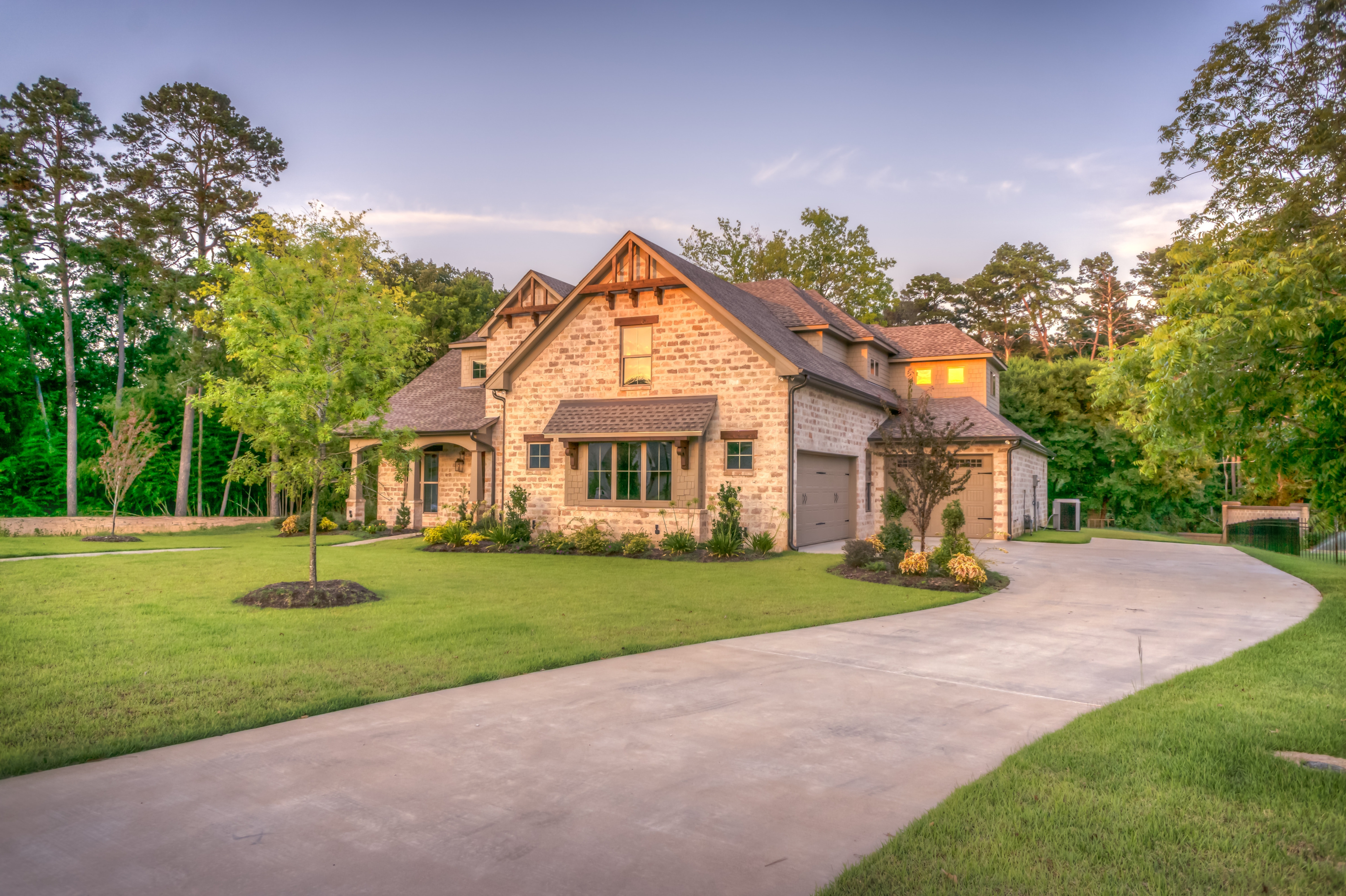 There are many different types of carriage houses, and each one can be enjoyed in its own unique way.

Single Car and the Double Car

The two most popular types are the single car and the double car. A single-car carriage house is just that, a house that can hold one car. It is typically a small, one-story building with a garage door in the front and living space in the back. A double car carriage house on the other hand can (you guessed it!) hold two cars. It is usually a two-story building with a garage door on each side and a living space in the middle.

Carriage houses can also be classified as one-story or two-story buildings. Typically, because of how they were used back in the 1800s, carriage homes characteristically are freestanding structures or are detached (stands alone) from the main house, have an open floor plan to easily park the buggies and carriages, and have large doors these modes of transportation can fit through, have high ceilings so the horses don’t bump their heads, front-facing stained glass windows, and lots of storage space either in lofts built to store hay or a second floor where the stable boys and carriage drivers were housed along with the stable equipment and food supplies.

How do you choose the right carriage house for you?

However you want to classify the carriage home you want to live in when you are looking for a carriage house or thinking about having one built on your property, there are a few things you need to consider.

Size and layout. How much space do you need? A carriage house should be large enough to comfortably fit two cars, but it shouldn’t be so large that it dominates the yard. You’ll need enough space for the carriage house itself, as well as any landscaping or other features you plan to include.

Location. Do you want to be close to the things that are important to you?

Style. Do you want something that looks like a traditional carriage house, or are you looking for something a little more modern? Better yet, are you thinking of combining the best of both worlds? A modern carriage house is designed to complement the architecture of the main house, so take a look at the overall aesthetic of your property before making a decision.

Details. Are you the type that pays attention to the details? Carriage houses should have plenty of windows to let in natural light, and they should be outfitted with modern amenities like garage door openers and security systems.

Climate. Consider the climate where you live. If you live in an area with extreme weather conditions, the carriage house should be built with a foundation that can withstand strong winds and heavy snowfall in mind.

Cost. Make sure to factor in the cost of materials and labor when budgeting for your project. Carriage houses can be quite expensive, so it’s important to have a clear idea of how much you’re willing to spend before you begin the construction or purchasing process.

Once you have answered these questions, you can start looking for the right carriage house for you or find an architect and contractor who can turn your vision into reality.

How much does a carriage house cost? 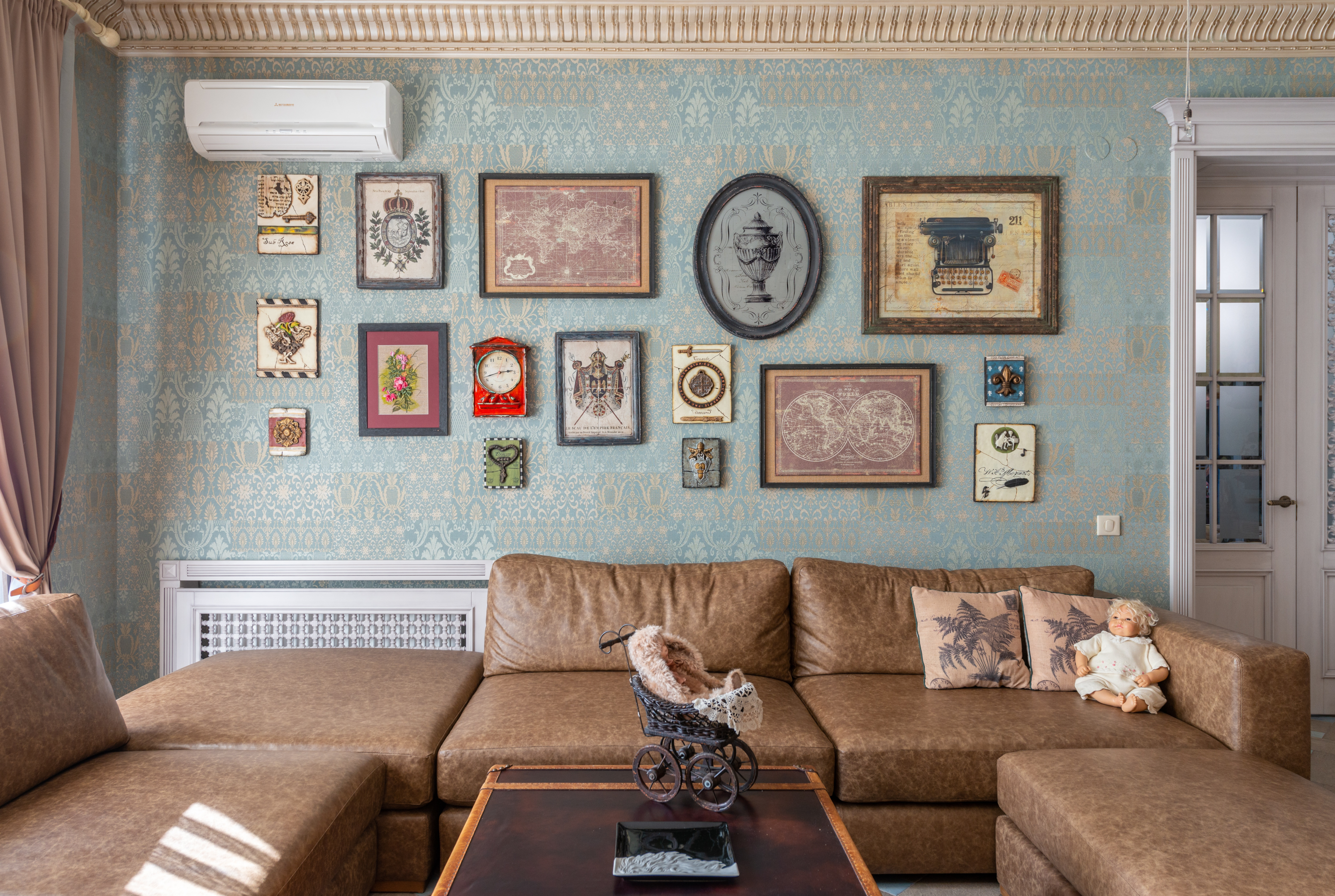 If you wish to buy a carriage house in the United States, the average cost is about $60,000 to $100,000. How much you will eventually spend depends on several factors, including the location, the size of the structure, and its amenities. Larger carriage houses with more amenities will, of course, cost more than the smaller ones with fewer features.

If you’re planning to build a new carriage house, you may want to consider the purpose. Will you be adding a carriage house as an addition or attachment to your existing home or will the carriage house be your home?

If you are adding a carriage house beside your existing home, this can be a good way to save money on housing costs. How? You can either rent it out or have members of your family live there instead of moving out.

Where can we find or buy carriage houses in the US today?

The earliest example of a carriage house was built in 1876 by John D. Rockefeller Jr., who lived at 9 West 54th Street in New York City (now known as 15 West 54th Street). This building was designed by architect Andrew Jackson Warner, who also designed many other buildings on Fifth Avenue. There are still buildings and structures in New York that have the same basic aesthetics as the carriage houses of olden times like the open floor plan and the high ceilings.

Carriage houses can also still be found in most states, although they are more common in some regions than others. New England has many carriage houses because it was once a wealthy region with many residents able to afford horses and carriages, and employ the manpower necessary to take care of these assets. In the Midwest and West Coast, there are fewer examples of carriage houses due to the lack of horses in these areas during the 19th century.

You can buy or rent a carriage house anywhere in Texas. In fact, these structures are quite common in many neighborhoods across the state. The only requirement is that you have enough space on your property to build one. However, if you don’t have enough space, you can always find someone who does and rent it from them.

On the other hand, if you live in Austin or another city in Texas where land is scarce, then you may want to consider renting a carriage house instead of buying or building one. This way, you will be able to save some money and still enjoy all of the benefits provided by owning such a structure.

The Future of Carriage Houses 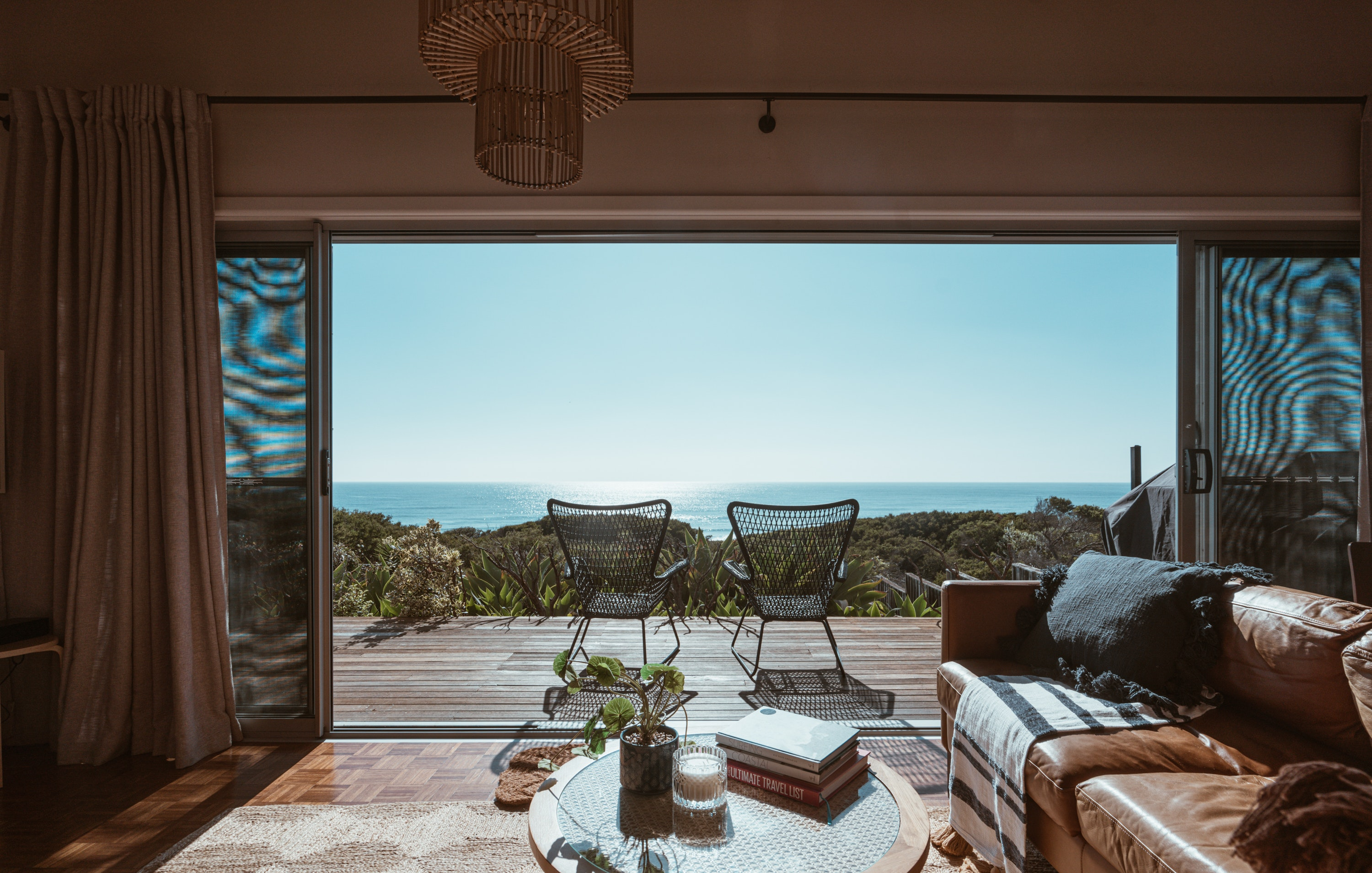 Since the early 20th century, there has been an increase in carriage house construction in the United States due to several factors:

Modern times, however, have made most homeowners reconsider their housing choices specifically on the size of the house they want to live in. Skyrocketing prices and a much higher cost of living have made the average American downsize the floor area of their homes. Everyone wants to lessen the amount they have to pay for the mortgage and other expenses to buy houses with over 1,000 square meters of floor space when they can live comfortably in less than half of that space. Less space to clean, more time for you, and the best part is you can save a lot of money for other things like paying off loans.

Carriage homes are here to stay. From 18th century England to the modern-day USA, you can go as fancy or simple as you like, go for one-story low or two-stories high, or go as big or tiny as you want.

If you’re in the market looking to buy a carriage house, work with a dedicated estate agent at Homes by Ardor to get the best value for your next investment.